April 26, 2008
Today was District Pinewood Derby. It was a long day...we lost Sage at least a thousand times...and every one was bored silly by the time it was over.  LOL!
Corbin won against all but one of the boys in his first group of 9.
Then he moved on to the finals.  It was a great experience for him.  He only won a couple in this group.  It was definitely hard for him to take losing, but it was good for him.
He placed 6th over all.  With a little bit of praise he decided that was good.  lol 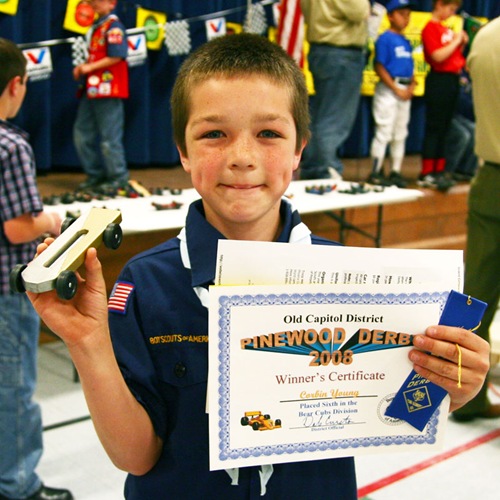